Fiddler offers many ways to gather traffic from mobile devices; in most cases, you simply turn off the device’s cellular connection, enable WiFi, and point the device’s proxy settings at your desktop PC running Fiddler (see iOS, Android, Windows Phone).

However, in some cases, a device (e.g. a Smart TV, or locked 1st generation Kindle Fire) won’t allow you to configure proxy settings. You might try using Fiddler as a reverse proxy, but thanks to Fiddler’s new ability to import packet captures from NetMon or Wireshark, you have a new traffic viewing option.

The open-source Virtual Router tool for Windows 7+ allows you to share your wireless-enabled PC’s network connection as a virtual WiFi router. Use it to create a new access point on your PC: 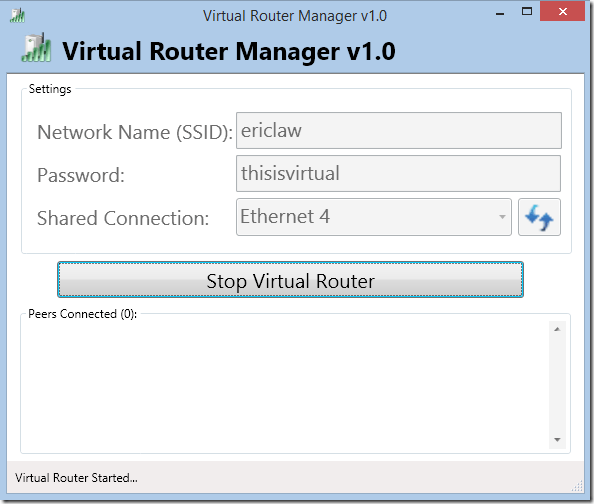 On your device, connect your WiFi to the virtual router you’ve just created. Now, your network traffic is flowing through your PC.

Next, start NetMon or Wireshark and capture the traffic flowing over your PC’s network connection. When you’ve completed your test scenario on the device, export the traffic as a PCAPNG, PCAP, or CAP file.

Inside Fiddler, choose File > Import > Packet Capture, and select the capture file. Fiddler will load the file, parse out the HTTP traffic, and display it in the Web Sessions list, just like if you’d captured it directly in Fiddler.