Ever since Google introduced Google Wear as a developer preview on March 18, 2014, we've seen an explosion of wear apps in the Google Play store. Everything from new watch faces that turn your watch into a "$10K Rolex," to apps that help you catch a taxi or train without pulling out your phone. Even the major brands such as Delta are putting boarding passes on your watch.

With all of the new watch partners like Samsung, LG and Motorola, we have plenty of devices and, more importantly we're starting to get users to develop apps for. In this tutorial, we will take a look at creating our first Google Wear App to help kickstart your development efforts in this space.

The app we are going to build today is a tip calculator with a twist. Instead of manually entering the bill amount on a tiny screen, we are going to use speech recognition to input a whole number. It is going to multiply the whole number times 15 percent (standard tip) and display the total bill amount on your watch. We will be able to do all of this with the following command, "OK, Google Open Wearable Tip". Once the app has launched, we will simply say a whole number (such as 20 for example).

To follow along with this tutorial, make sure you are using the latest stable release of Android Studio. At the time of this writing, I'm using 1.1.0. Also make sure you have installed the Android 5.0.1 SDK Platform as well as the Android Wear System image (in case you don't have a watch) as shown below: 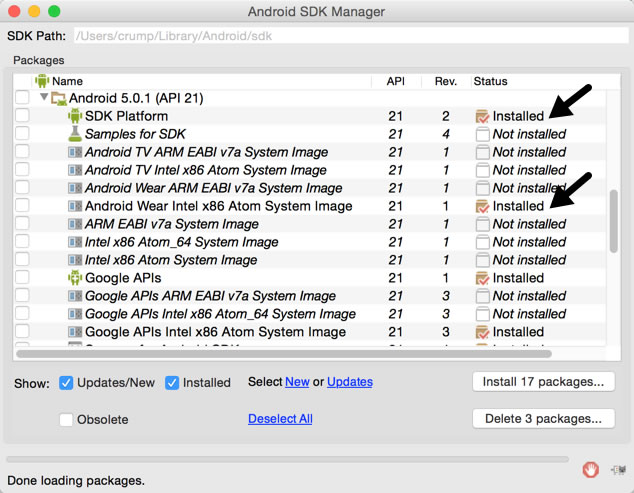 Once everything is installed, then you are ready to create your first wear app!

We'll begin by starting a new project and giving it a name and then selecting both "Phone and Tablet" and "Wear" form factors as shown below. Please note that for the "Phone and Tablet" app, you can select a lower API level such as 9, whereas with the "Wear" app, you must be using API 20 (KitKat 4.4) and up. I have a Moto 360 watch for testing that has been upgraded to 5.0.1, so we'll be using API 21 in this tutorial. 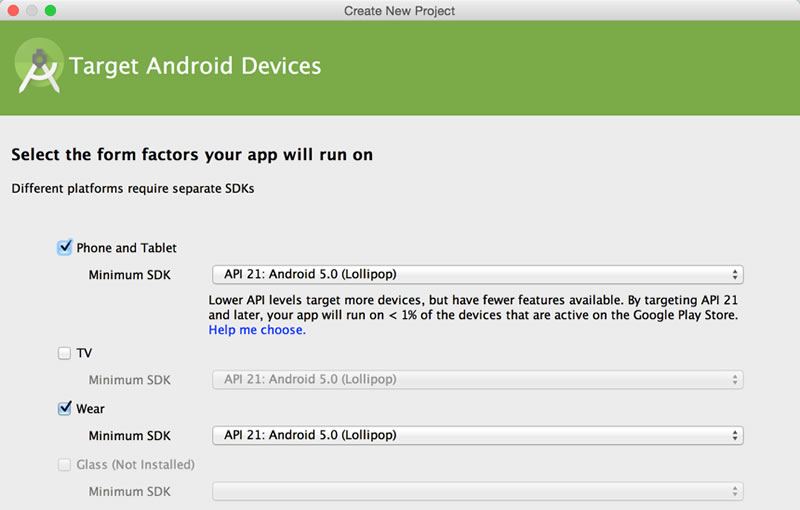 One thing to note here before moving on is that you need to create a Phone and Tablet app in order to create a Android Wear app. This is just like iOS, where you must have a phone app to create an Apple Watch app. In other words, the android wear app will be packaged into an APK file in the mobile app that will be deployed on the watch itself. Below is a screenshot from my Moto 360 watch that has the app installed. 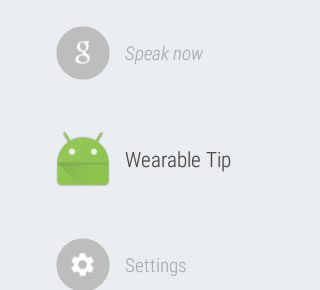 Go ahead and finish the template and add blank activities until your project is loaded. You will notice that it splits the projects into two folders:

We are going to focus on the wear app in this tutorial, so expand the folders until it looks like the image below: 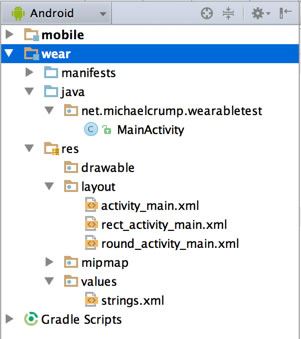 Let's begin by creating our user interface for the Round Watch as we will be testing this on a Moto 360 shortly. Click on round_activity_main.xml and you will notice that it already has a TextView widget that displays the text, "Hello Round World".

Switch the device preview to "Wear Round" and drag a Small Button widget and give it the text of "Another?". Center it in the screen and set the onClick method name (in the properties panel) to onClickMe. It should look like the following screenshot now:

Do the same exact thing for rect_activity_main.xml and preview it with the "Wear Square" device.

To keep the app simple, we will reuse the TextView widget to display the total bill amount. The button that says "Another?" will allow the end user to calculate another tip using speech recognition.

Head over to the MainActivity.java file and add the following import statements that we will use shortly.

We will declare two variables inside the MainActivity class. This will be for the Speech Recognizer class provided by Google and the tip percent amount. Add the following method that creates the Intent that starts the Speech Recognizer. Now add the following method that is called with the Activity result. If it determines that it captured your voice input successfully, then it tries to convert it to a float. If it is successful, then it calculates the total amount and displays it in the label, or else it updates the label with the phrase, "Enter a whole number". The very last thing to do is invoke the startSpeechRecognition method on the last line of our OnCreate method and wire it up to the button we created earlier.

With the UI and code in place, you are probably eager to run the app. You have a few options. You can create an AVD (Android Virtual Device) for Android Wear as shown below, but it won't pick up your voice through the computer's microphone. 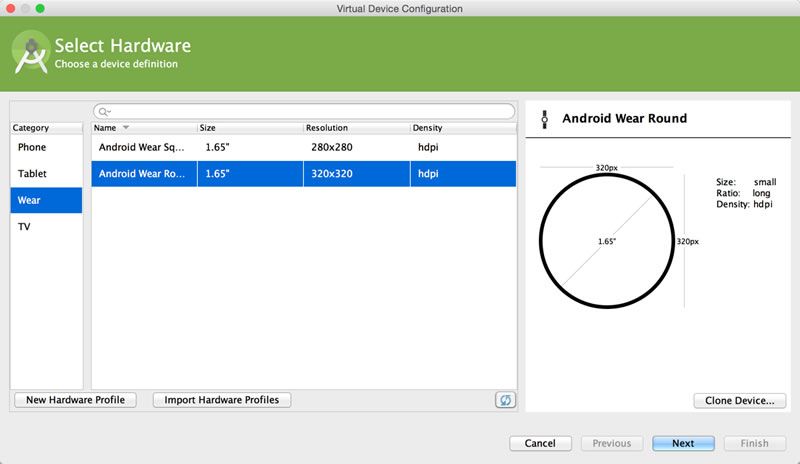 It will automatically add support for your keyboard when creating the AVD. This will allow you to type the number as shown below.

Since I have an actual device and would like to test the speech recognition part of the app, I'm going to deploy it to my watch.

Deploying to our Device

Depending on which watch you have, you may or may not have a USB connection. In my case, I'm testing on a Moto 360 which only allows debugging over bluetooth. Thankfully, this is easy to setup with the documentation that Google provides.

I would say the only tricky step is finding where the Android Debug Bridge lives on a Mac and adding that to your .bash_profile for later use. On a Windows box, this doesn't seem to be an issue.

Here's an easy way to fix this on a Mac:

Once that is in place, and as long as you followed the steps in the documentation, you should have the following device online when you hit the run button: 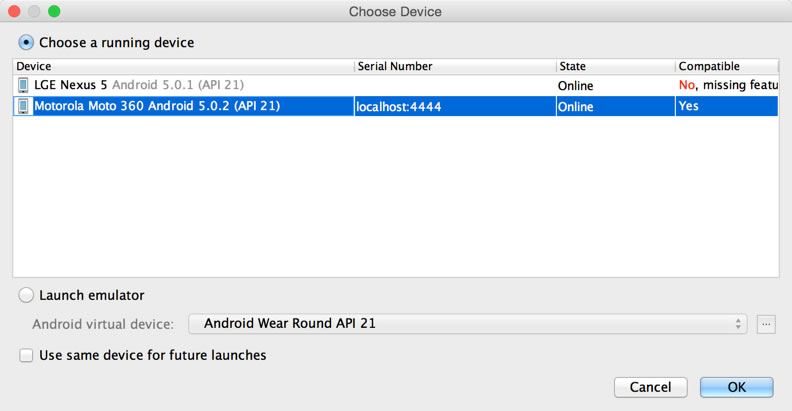 Select your watch and make sure it says, "Yes" in the compatible field. Give it a few minutes to compile and load the APK onto your watch. You should see the "Speak Now" screen and be able to provide a whole number.

Here is a quick video that I made showing it in action:

The source code for this app can be found here. Go ahead and fork the repo and try adding additional features. Some ideas I have are:

Today we learned how to write an app that runs on your wrist. With the recent improvements in Google Wear with Lollipop, this should help you on your journey to writing more wearable apps.

If you'd like to go further, check out the additional resources below: