Wouldn't it be cool if we could create a device that uses a microprocessor (maybe by analyzing our brain waves) that could predict trends in the future? Progress, the parent company of Telerik, commissioned a report based on interviews conducted with 675 application developers regarding their experience with the Internet of Things. The report tries to predict future trends in this fast-moving new field. Let's take a look at some key findings.

If you are interested in downloading and reading the full report, click here. In addition to the report, Progress also published a Press Release and Infographic regarding the findings. Be sure to check them out as well.

1. The term 'IoT' is confusing

What is the Internet of Things? What does that term mean?

There seems to be resistance to the term itself on the part of 48% of those who responded to the survey. It was described as confusing, misleading, or even a marketing buzzword. It's been overused to the point that it has lost its significance. It would seem that before embarking on a discussion about creating a product based on IoT technologies, a development team might want to clarify their use of the terms in this space.

2. It's an exciting space but it's hard to prepare for

45% of respondents to the survey are developing an IoT application right now. Obviously it is an exciting space, to the point that developers are working on these devices either for their day jobs or in their spare time. An even greater number, 77%, are excited by the potential of the field.

That being said, only half of those surveyed said they have the actual skills to develop for it. That's a bit worrisome. Interestingly, they tend to turn towards open source strategies that offer easy access to learn, a trend that should help speed the path towards adoption.

According to those surveyed, the most interesting areas currently served by IoT devices and development include home automation, wearables and fitness, and automotive applications. Clearly success stories like FitBit and its recent IPO and the availability of devices like the Nest in big box stores are paving the way towards widespread consumer adoption of IoT devices. These applications can be seen as the trailblazers in a history that is still unfolding. 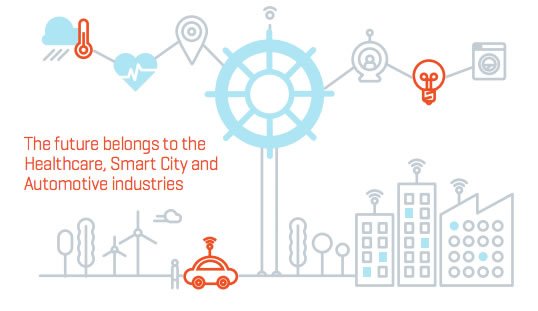 Tracking health statistics is of particular interest to me, and plugins already exist, for example the HealthKit Cordova plugin in the Telerik plugin marketplace to ease development for health applications for iOS. The bridge between gathering health data and sharing it safely and securely to the proper health care providers remains a key challenge in building for this sector, but it's an exciting space to watch.

5. You can make money with the Internet of Things ... in the future

Only 65% of IoT applications were reported as having generated revenue by those surveyed. However, developers seemed to believe that focusing on services around managing user data made the most strategic business sense. There is an expectation that revenue will rise as the field matures somewhat.

6. Android and Java are particularly popular as a platform and language

In this survey, Java and Android were cited as the preferred way to develop for the Internet of Things. Armed with the toolset of their choice, still only 50% of developers felt they had the skills and resources to deliver IoT applications, for example reading, storing, and analyzing data returned from sensors. 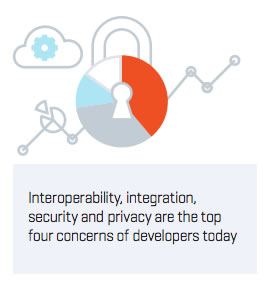 Real concern was expressed by developers regarding the security and privacy of these sensors and the data they store. Integrating devices to transfer all this sensitive data presents issues as well. For instance, if health data is set to become the next killer app, security needs to be extremely well constructed to ensure privacy.

Interestingly, developers seemed to feel that IoT devices will be replaced over the next 5-10 years by something even more interesting. A future-forward sentiment seems to epitomize this fast-moving field - the impression that there is always something even better right around the corner and that we need to keep up with it.

As a developer, where do you think the Internet of Things is going? Where will it be in 5 or 10 years? Are you building interesting applications with it now? Be sure to download the report and let us know in the comments below.