Hello fellow software devs, yes this post is obviously designed to capitalize on the new Star Wars ™ movie. Maybe you've heard of it? All I have to say about it is, "Click you did, so work it must." But, now that you're here, let's geek out on these Star-Wars-themed software developer resources.

"You don’t have to do this to impress me."

Have you ever found yourself working on demo code and wishing for an API to help get you motivated? Look no further, because the Star Wars API http://swapi.co/ is here to help.

The Star Wars API (SWAPI) provides detailed data about Star Wars characters, vehicles, films and species, all neatly wrapped in a well-documented web API. While JSON is the standard encoding format provided by SWAPI, it's worth checking out the alternative Wookie encoding for scoring that extra point of geek cred.

"Much to learn you still have"

No young geek apprentice should venture into coding without checking out the new Star Wars coding lessons over at code.org. The lessons at code.org are designed to introduce coding to students using "Blocks", a simple drag-and-drop coding GUI, then advancing into JavaScript in later lessons.

In the Star Wars lessions, students learn by using code to interact with the BB-8 droid. In each mission students will write programs to guide the BB-8, with each mission increasing in difficulty.

The course also features welcoming videos from Kathleen Kennedy, producer of Star Wars: The Force Awakens, and Rachel Rose, senior R&D engineer at ILM. This is a must for kids age 6 and up who are looking for a fun STEM project to play with during the holiday break from school. 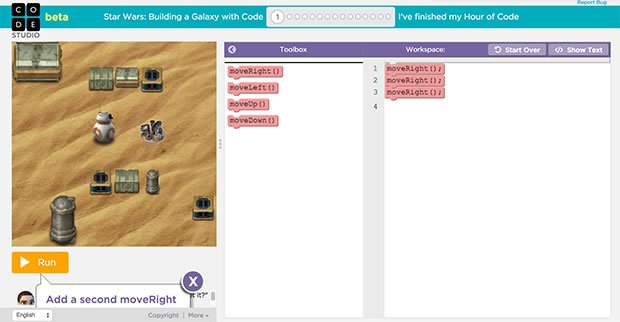 "Powerful you have become, the dark side I sense in you."

Awaken your inner CSS, HTML, and JavaScript dark side with some amazing Star Wars themed code pens. Ranging from "moon walking" Storm Troopers to the fully recreated opening sequence the films, these pens are a great place to look for inspiration or find clever CSS hacks for your next project.

If you've ever been interested in SVG animation on the web, then check out the Star Wars: The Force Awakens in CSS by Donovan Hutchinson.

See the Pen Star Wars: The Force Awakens in CSS by Donovan Hutchinson (@donovanh) on CodePen.

Got a clueless client without content or just some space on a web page to fill? Try using a Star Wars themed text generator to fill in those empty places. Forcem Ipsum and Fillerama offer some handy tools for generating placeholder text. Both resources have multiple configuration options to fit your projects needs and impress even the toughest Sith lord. 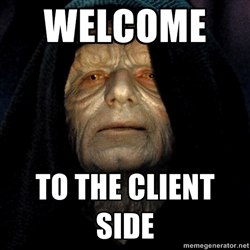 Still looking for holiday gifts? Then these are the droids you're looking for. The Sphero SPRK Edition http://www.sphero.com/sphero-sprk teaches programming and robotics in an approachable way.

The SPRK is a hackable BlueTooth enabled robot with a motor and LED lights. The robot can be programmed using visual blocks representing code or a proprietary C-based language called OVAL.

A Star Wars themed version of the robot is also available, however this droid doesn't allow for programming and hacking like the SPRK model. The Star Wars version does include some unique features like autonomous mode, hologram projection and voice commands. While not as hackable as the SPRK model, it can still serve as a gateway device into interests in technology. 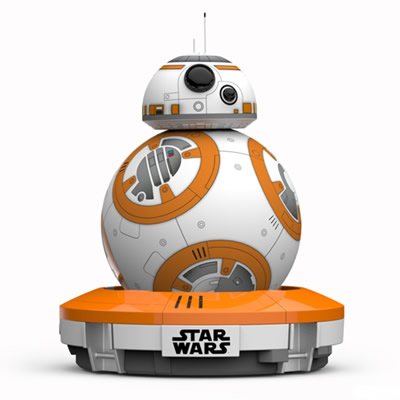 Star wars has definitely earned it's place in geek culture. These films have inspired generations of minds to seek out technology, learn about how it works, and make science fiction a reality. That's why Star Wars references, tools and toys can be found throughout the industry. So take these Star Wars-themed resources and use them to play, learn, teach and create.

"May the force be with you"