scheduler.view() defaults to undefined when using npm and webpack (angular-cli)

2 Answers 71 Views
Scheduler
This is a migrated thread and some comments may be shown as answers.

A really simple angular-cli project, the only thing changed after ng new is installing kendo-ui, @types/kendo-ui and @types/jquery and then adding jquery and kendo-ui to types in tsconfig-app.json

Then use this for the app.component.ts

The problem is that when not explicitly set, scheduler.view() is undefined, then when set, it works as expected.

I would expect it to be set to whatever the calendar has as selected view, and this is how it works when using the system.js version of kendo-ui, so something seems really fishy here since I would assume the codebase is the same between the system.js and npm(amd) versions.

I have not been able to completely rule out angular-cli here, since I cannot get the system.js version of kendo-ui to work in angular-cli, and I have not tried getting the npm version to work in a system.js based build system yet.

So now the problem is rather that we would want some kind of promise or some way of knowing when the scheduler has finished initializing so we can start using the view() command. 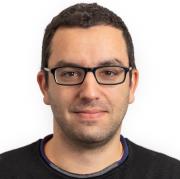 We have observed such behavior when using jQuery 3. In such case you can use the Scheduler initial dataBound event and get the view from there.