1 Answer 112 Views
Gantt
This is a migrated thread and some comments may be shown as answers.

I have a simple gantt with a single level of tasks.  The only action that users can perform is moving tasks.  However, I don't want anything to happen after a task is moved. (no postback - it doesn't not need to be saved)  I cannot figure out how to avoid an update ajax request after a task is moved.

In the MoveEnd event, I tried calling e.preventDefault().  This does prevent the ajax request, however it also reverts the location of the task back to where it was.  I want the user to be able to move the task, I just don't want anything to occur after a task is moved.

How can I achieve this? 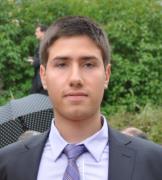 One possible workaround for such scenario is to set the dataSource data using the .data configuration. Here is a sample implementation of the described approach: dojo example.