2 Answers 33 Views
Grid
This is a migrated thread and some comments may be shown as answers.

I have a grid where I want a link in some of the cells in one column. The logic for deciding the link is quite complex, so I wanted to have that logic in the read method for the grid in the controller. It was a bad idea for some reasons, but the strange thing is that the update and destroy methods of the grid stopped working. They were not called at all.

I fooled around a bit and found that if you have a property in the view model that is not even shown in the grid and you have a link in that property the update and destroy methods stop working - they are not called.

The project is quite large, so I have attached only the relevant code snippets. You should be able to test just by adding a string property in any view model and set the value to a link like it is done in the example.

My question is: Is this the desired behaviour of the grid or if I have stumbled on a bug. 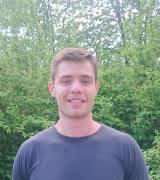 Thanks for the provided code.

The issue is caused since the model contains a field which value is an anchor tag. By default the MVC framework does not allow submitting html. To allow submitting HTML either use the AllowHtmlAttribute over the Extra proeprty.

Or disable the validation for the edit and update actions via the ValidateInputAttribute.


Regards,
Georgi
Progress Telerik
Get quickly onboarded and successful with your Telerik and/or Kendo UI products with the Virtual Classroom free technical training, available to all active customers. Learn More.
0

Many thanks for the reply. Now I know how to handle this case.