Visual Studio Settings in the Cloud is the star feature of the Q3 2012 release of JustCode, and it appears that Microsoft has taken notice. The Microsoft Visual Studio Core IDE Team kicked off the New Year with a survey to gain community input on a feature called "roaming settings".

One issue we encountered while developing VS Settings in the Cloud is determining what settings JustCode should synchronize between machines. There are definitely options most users would not like to synchronize. For example, a user may not have access to the workplace TFS server while on the road with a laptop. In the end, we decided to give users the option to select settings to synchronize. 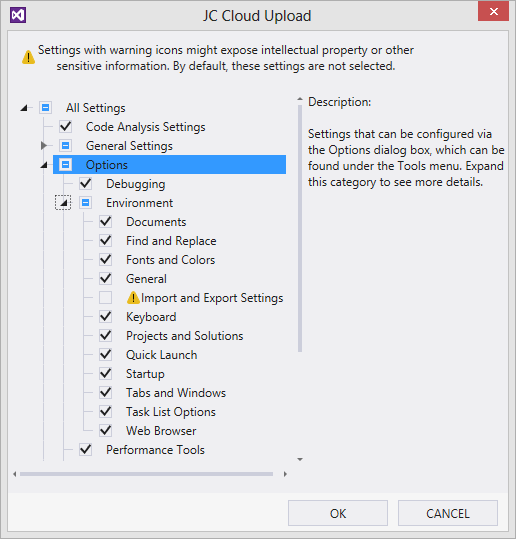 They may be developing the same feature you already get with JustCode, but why not take the time to answer their survey. Improving Visual Studio’s settings system is good for everyone, and we can do even more with JustCode using an enhanced platform.