Due to popular demand, we've done major improvements to the VB.NET decompilation, making it better, faster and more reliable. 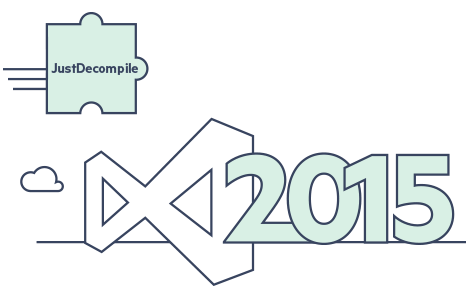 Based on your feedback we’ve improved the UI to make it even easier and faster for you to find what you need in the decompiled code. For example, now the members of a selected class appear expanded by default. 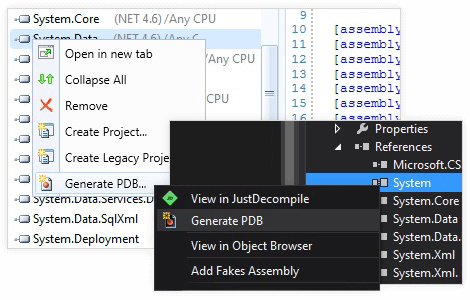 Generating PDB File from an Assembly

After you decompile an assembly with JustDecompile, you can now create a PDB file for debug information, turning debugging external assemblies into an easy task.

We are constantly working to improve the performance of JustDecompile to make sure we help you increase your productivity. Decompilation improvements ensure you decompile applications quicker and with fewer errors.

Download JustDecompile Free for everyone, forever.
Get DevCraft With dedicated support.
Suggest a feature Help us shape our roadmap.