Back to full agenda
23October 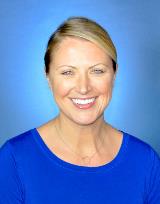 This talk focuses on important aspects of technical leadership and lessons learned in NASA engineering, missions and projects that can be applied to any STEM career or leadership position. Interpersonal skill development is highlighted along with best practices in key areas of innovation and diversity. Exciting experiences are also shared from large NASA missions such as Mars Science Laboratory and James Webb Space Telescope, as well as unique personal experiences pertaining to challenge and growth that can be applied to technical leadership.